Marlborough House played host to government representatives, international organisations, NGOs and Commonwealth associations for the Second Meeting of the Commonwealth Accelerated Development Mechanism for Education (CADME) Technical Working Group held from the 19-21 October. The meeting was chaired by Marcellus Taylor of the Bahamas Ministry of Education, Science and Technology. The Consortium was represented by the Secretary (Beth Kreling) and Honorary President (Peter Williams), and at various times representatives of Consortium-Members ACU, CEC, CTG and RCS were also present

CADME was established at the 19th Conference of Commonwealth Education Ministers in the Bahamas in June 2015. Its job is to support Commonwealth countries’ Education Ministers’ Action Group (EMAG) which meets annually between the triennial CCEMs to implement the Nassau Declaration, particularly those recommendations concerned with the sustainable development goals (SDGs), notably the education-related SDG4.

The session opened by reviewing recent Commonwealth Secretariat led education activity and progress against the action plan set out at the first CADME meeting in June 2016.

UNESCO’s Jordan Naidoo then reviewed the recommendations of the Education Commission for Financing Global Education Opportunity. Discussion highlighted the strong case for improved investment in education made by the recommendations, but questioned their claim to be innovative and felt further work was needed to spell out links to existing financing mechanisms (eg GPE) and to avoid a top down tone.

Later on the first day delegates were briefed by Professor Crispus Kiamba of the University of Nairobi who is currently chairing the first external review in almost 25 years of the Commonwealth Scholarship and Fellowship Plan. The Task Force conducting the Review had met the previous day and was on track to report its findings to the EMAG in January 2017. Recommendations would include ways to engage more countries as donors and to widen the support base for the Plan, and measures to improve central co-ordination. The Task Force had been greatly assisted in its deliberations by a very helpful submission from a Support Group for CSFP that holds regular meetings in London.

On the morning of the second day delegates welcomed Professor Asha Kanwar the President of the Commonwealth of Learning, tasked by the Malta CHOGM in 2015 to report on the feasibility of holding an Education Forum at the next CHOGM, in the UK possibly in May 2018. She shared the findings of a consultancy report prepared by Alex Wright and sought participants’ views. The Education Forum if held would complement four already established fora at CHOGMs – for Civil Society, Business, Youth and Women. On the plus side the convening of an Education Forum would confirm the importance of education in Commonwealth relations and Commonwealth development, providing valuable new advocacy opportunities to members of the Commonwealth education community. The meeting was broadly supportive of the proposal and asked that it should be commended to the Commonwealth Secretary-General but stressed the need both to minimise the financial and administrative burdens on CHOGM hosts, and to ensure it complemented the 20CCEM scheduled for February 2020 in Fiji, and did not compete with it.

Later in the morning the Fiji High Commissioner greeted delegates and informed them about the 20CCEM at the same time announcing the Good Practice Awards competition that would culminate there.

Another highlight of the second day was a presentation by videolink from Andreas Schleicher of OECD who briefed the meeting on ways Commonwealth developing countries could engage more closely with the PISA for Development process of internationally-standardised education assessments. Zambia was already participating and other Commonwealth member countries had expressed interest. OECD was prepared to advise and assist countries interested in participating but they should recognise that several years’ of rigorous preparation was necessary and it was already getting late to embark on the process for the 2021 round – 2024 was more realistic. Meeting participants gave a cautious welcome, being mindful of the need to ensure that this international initiative was the servant and not the master of national policies for educational improvement.

Towards the end of Day 2 the group reviewed progress with the Education Hub operated by the Commonwealth Secretariat to provide a comprehensive information resource and a discussion space. The meeting concluded that external oversight would in future best be provided by CADME itself at its biannual meetings.

Day 3 of the meetings (Friday October 21st) was reserved for a closed session of CADME members, without the presence of partners, when conclusiond and recommendations would be finalised. 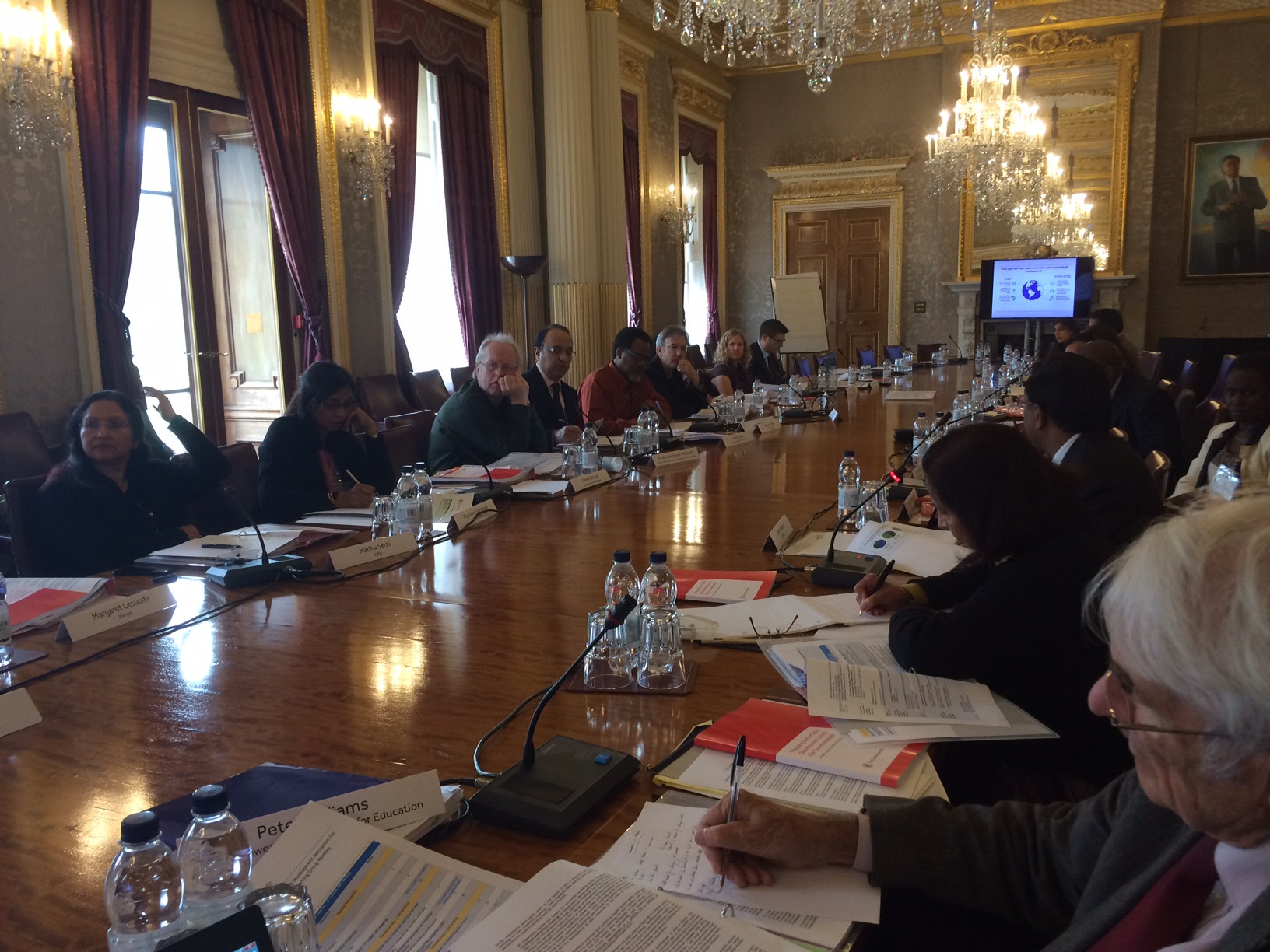